There’s been a recent hiatus in my blogging, not for lack of trying but due to the busy transitioning period in my life! As you all know, after I moved back from Dubai, I made plans to join an Australian airline at home. Those plans have since been put on hold due to ground school arrangements, so I am putting my nerdiness and communication skills to good use in a corporate role (on the ground) in the meantime!

Up until now, I haven’t had a chance to share our adventures in Canada the second time around with you all I spent 3 weeks in January in the crisp winter air with my love! It was heaven.  After my harrowing journey to Hong Kong, then finally British Columbia, I was knackered but very happy as I hadn’t seen James for what felt like ages. We had a lovely dinner at the Cactus Club, and after some very fruity and potent cocktails, it was time to get to bed because it had been the longest day ever (it was 10am the following day in Dubai by that time, where my body clock was set to!). 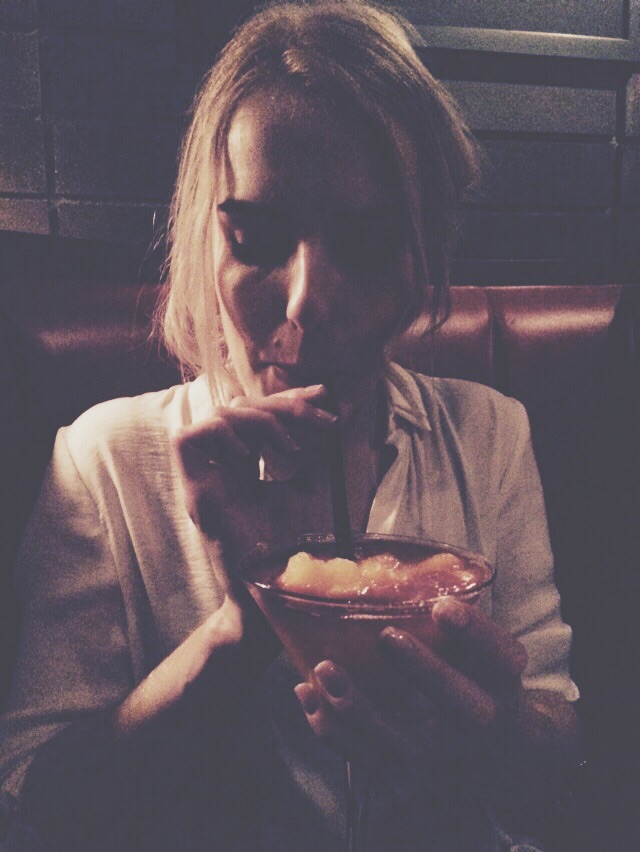 Cocktails and Canapes at the Cactus Club!

The next day, we journeyed to downtown Vancouver for some retail therapy at anthrapologie (my favourite!), sticky cinnamon buns (a vancouverite favourite, I’m told) and snow gear shopping for our (then) upcoming snowboarding trip to Whistler for my birthday! After some clever bargaining and luck on my part. It helps being small, because then you can sometimes fit into kids clothes, which are much prettier and cheaper! I settled on some bright coral ski pants that gave me somewhat of a waist, and a black and white jacket with turquoise trim. I had my eye on an amazing Burton jacket, a la Renee Bargh, but that was well out of my price range seeing as I wouldn’t be wearing these hideously unflattering clothes for very long! After our afternoon of shopping, we caught an ice hockey game at the arena. It was the Vancouver Canucks versus the Calgary flames, and there was lots of cider, music and even fist fighting going on. I’m not ashamed to say that that was my favourite part of the game! 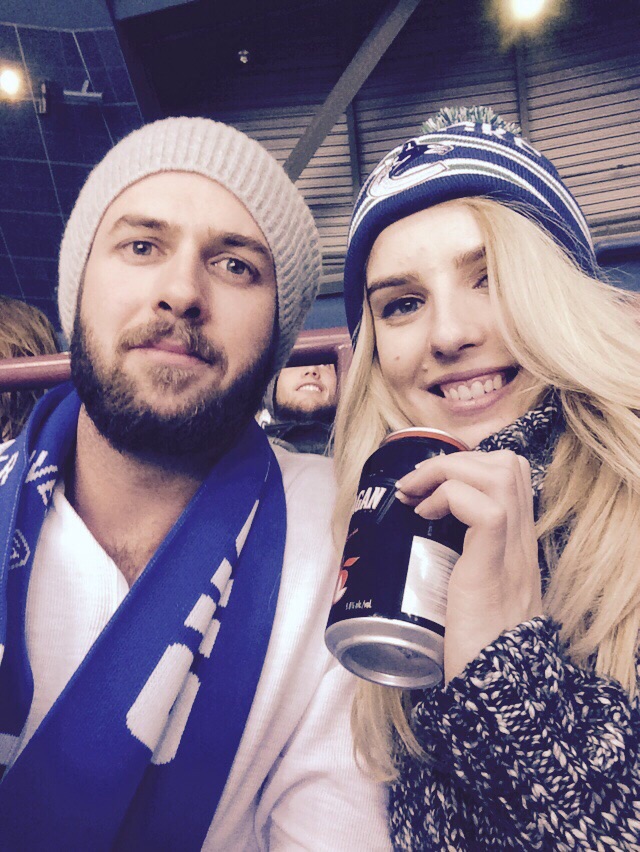 The rest of the weekend was spent relaxing, book shopping, drinking coffee (ok so maybe I like the occasional cup now) and eating pizza. Pretty much all normal, average things that couples do, that I used to do every weekend at home, but when you live away, you miss these little things that you used to take for granted! 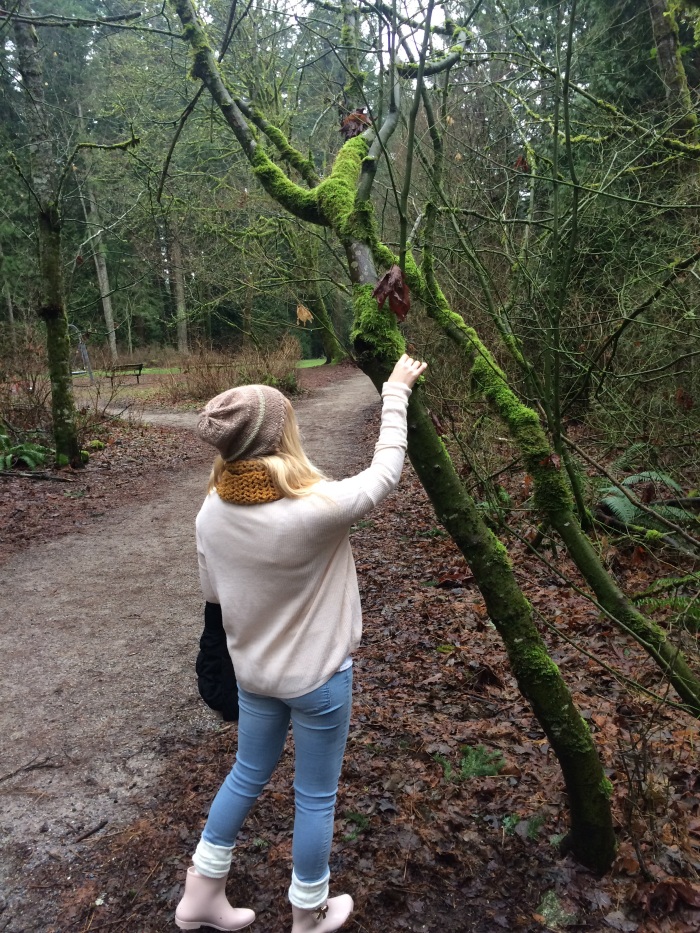 Lazy Sunday in the park 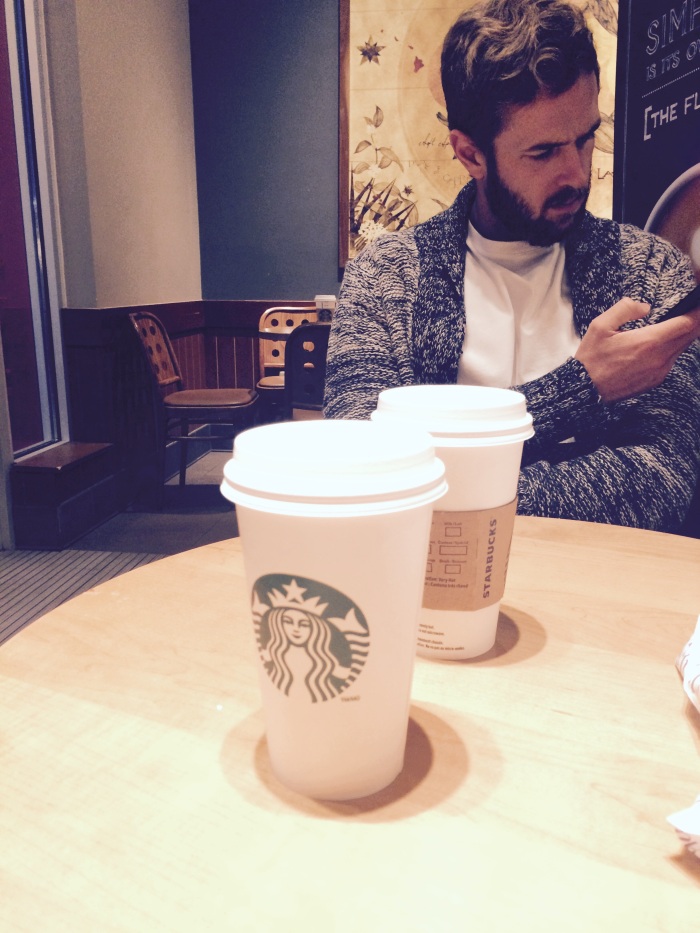 We also paid a visit to the greater Vancouver Zoo. Zoo is a pretty generous statement for this outdoor wildlife park! Some enclosures were huge, and others tiny. I was almost in tears over the poor big cats outside, they must’ve been born in captivity, as it was 7 degrees Celsius and a native lion or tiger from Africa would have frozen! It was pretty cold for us too, so we compensated with drive through cheeseburgers and a second lunch at the lovely Wooden Spoon, an artisan café that was similar to those in Australia (that are not particularly common in Surrey). That night we had an early one, because the next day we were off for a week of skiing (and snowboarding) in Whistler!

Thanks for being patient! There will be more lifestyle and travel posts to follow 🙂 x

5 thoughts on “Catching up on Canada”